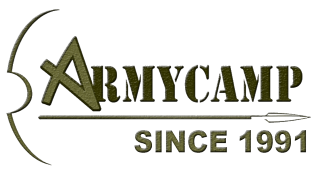 Personal menu
Back to all

The predominant area of failure in welt construction Army footwear in the past has been the boot bottom —broken or rotted welt and outsole  stitching, loose or missing nails andheels, and burned midsoles.

In the DMS process, the sole and heel are molded directly to the boot upper on high-pressure vulcanizing machine»,eliminating the stitching and nail failures which made welt footwear so unsatisfactory»

the Army investigated the new DMS process being used commercially for street shoes, US Army Natick Laboratories (NLABS) technologists adapted the DMS process and developed the special footwear materials and designs necessary to obtain vulcanized boots which would meet military requirements . This report reviews the post war need for better tropical and leather combat footwear, NLABS development of the DMS process and boot materials to meet that need, and current DMS research.

Grateful acknowledgment is made to Mr. Clyde Vanatta, plant  manager of Safety First Shoe Company, Huntsville, Alabama, for his many contributions to the design, development and fabrication of the

Army's DMS tropical combat boot . The U.S. Army Natick Laboratory have modified a method of footwear construction known as Direct Molded Sole (DMS) for the Army's tropical and all-leather combat boots. NLABS developed the special component materials, boot designs and fabrication techniques required to produce military footwear by the DMS process. The sole and heel of the new DMS boots are molded directly to the boot uppers on high-pressure vulcanizing machines, eliminating the sole stitching and heel nailing which were the major points of failure in welt combat footwear. The DMS boots are significantly more durable and more comfortable than welt construction boots, and will save the military money both in production cost and by reducing boot repair and maintenance problems. The DMS process has enabled NLABS to incorporate special protective features into the tropical combat boot, including a steel innersole to resist penetration of the boot bottom by punji stakes, and a wedge shank to deflect and absorb the impulse of antipersonnel land mines.

A new boot sole construction is revolutionizing U.S. military footwear. For the first time soldiers are wearing boots with bottom are so durable that they outlast the uppers. The new construction, known as Direct Molded Soles (DMS), is a method of vulcanization modified by the U.S. Army first for its tropical combat boot, and now for its all-leather boot !

Since the first DMS tropical boots were produced in the early 1960's, the Army has sent more than 3 million pairs of the new boots to U.S. soldiers and marines in Southeast  Asia. More than 200,000 pairs of an all-leather combat boot also constructed with the

vulcanized  soles were issued this spring after the first quantity production. Eventually it is hoped to convert all military combat and field footwear to the DMS construction.

To produce a DMS boot, two "biscuits" of uncured rubber, one each For  the sole and heel, are placed in a machine mold conforming to the desired bottom size  and tread design.  A finished boot upper is slipped over a metal last and the last is locked in a standing position over the mold (Figure 2). The vulcanizing machine automatically applies the proper pressure and heat required to "knit" the two biscuits into a one-piece sole and heel, while simultaneously bonding the boot bottom to the upper. After 15 minutes, the machine automatically releases the last from the mold and a new boot is ready for use. The advantages of the DMS process become apparent when the new DMS tropical boot is compared with the World War II welt boot it replaces.

The World War II tropical boot had a stitched, welt sole, a leather Lower  foot and a canvas upper. The soles and heels tore loose or wore down  after 3 or 4 weeks of exposure to the constant wetting and drying action, and the deep mud of the jungle terrain 2  .

U.S. Army Special Forces troops are wearing the new DMS tropical boots under the same conditions for 4 to 6 months before the uppers begin to show signs of failure with go 80 to 85 percent of the wear life still remaining in the vulcanized bottoms.

The sole stitching and heel nail failures which so quickly ruined the welt boot have been eliminated. The DMS boot is also more comfortable to walk in than the welt boot. The one-piece rubber bottom has decreased the weight of the tropical boot by 12 ounces a pair — from 4 pounds in the welt boot to 3 pounds, 4 ounces in the DMS. The new bottom, without the stitching and multiple components which stiffened the welt boot sole, is so flexible that it requires no breaking-in period. Traction is improved because the tread design is applicable over the entire bottom surface.

In the welt boot, the cleat3 recede a half-inch from the sole edge to allow room for a round of sole stitching).

The new DMS boot is not only functionally superior to welt footwear, it is also more economical. The durable vulcanized bottoms eliminate

the tremendous expense of footwear repair and maintenance. It is the Army's experience that a pair of welt combat boots required during its lifetime repairs costing more than half the initial price of the boots.

This included the cost of materials, the training and labor of personnel, and the maintenance of field repair units. According to the Army's repair and maintenance division, nearly 95 percent of the welt boots

it received required repairs to the bottoms. But since the new DMS soles outlast the tropical boot uppers, the boots simply are discarded and replaced with a new pair when the uppers wear out.

Thus the DMS tropical boot represents a breakthrough in durability,  comfort and economy for heavy duty footwear, military and civilian.

This progress is the result of more than a decade of research and development at the U.S. Army Natick Laboratories (NLABS) under the Army's  program to improve military footwear.

Then Altama was created in 1969 to lead the change and started manufacturing Mil-Spec boots for the US Department of Defense, supplying military personnel worldwide.

Armed with a decorated heritage, Ro-Search, Altama’s research and development wing, perfected and patented the world’s first technique for molding and attaching a rubber sole to a welted upper. For more than 50 years, Altama has proudly carried America’s military through every challenging environment that global conflict has thrown its way.